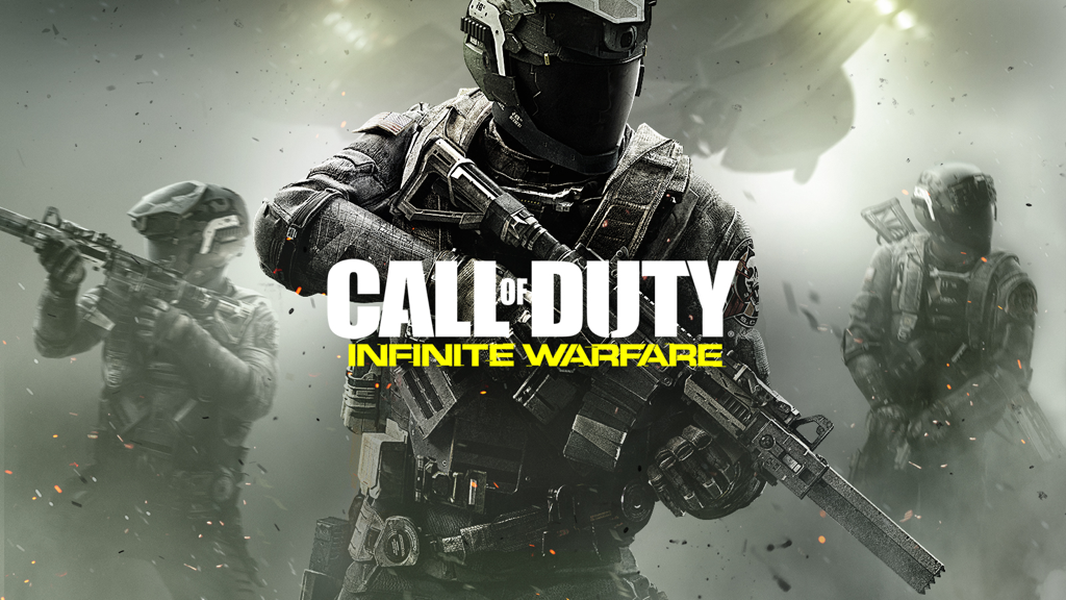 Video games are a popular hobby among many people, regardless of age or gender. An overview of video game statistics published in February 2016 states that about 155 million Americans play video games regularly, meaning 3 or more hours per week, with the average age being 35.
Fantasy vs. Reality
In a small online survey, 28 participants were asked to anonymously report how often they played shooter games, how the act of shooting guns in games made them feel, etc. Shown below are visual representations of the responses recorded for questions regarding video game experiences and how they may influence their thoughts or actions in both the real world and the game world. All percentages shown are rounded to the nearest tenth where necessary. 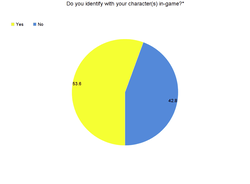 *Please note that the values shown in this graph only account for 27 of 28 participants, as one participant did not answer the question. 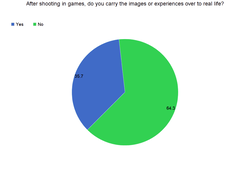 Percentages in this graph may not total 100 due to rounding
Participants were also asked if their video game experiences would manifest themselves in real life, whether in dreams, daydreams, etc. The graph above shows that nearly 36% of individuals reported that they would sometimes daydream of playing their favorite game, or sometimes dream of being in the game itself if they played for too long before going to bed. Several of these participants stated that their thoughts or dreams regarding the games would take place within the context of the game, such as dreaming of shooting zombies if they played a zombie themed game before falling asleep. However, almost 65% of respondents stated that they did not dream nor fantasize of the game once finished playing. One individual wrote, "After I'm done I know it's a game that I can turn off." Another answered, "No. This is a game and I'm well aware that it has no bearing on reality. I have never fired a gun and have no desire to." These responses may indicate that players are able to draw the line and distinguish where virtual fantasy separates from reality. Whether or not this is requires a conscious effort, remains to be determined.
Demographics
Shown below are the demographics of all 28 participants. No direct correlation was found between their gender, age, or occupation and their answers. 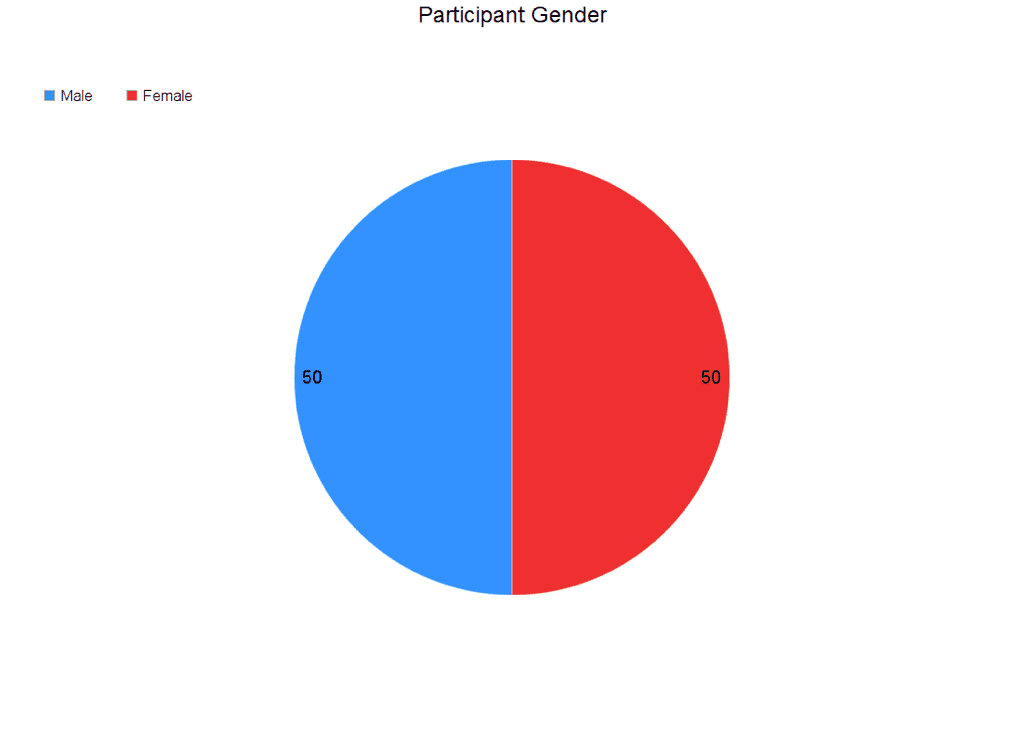 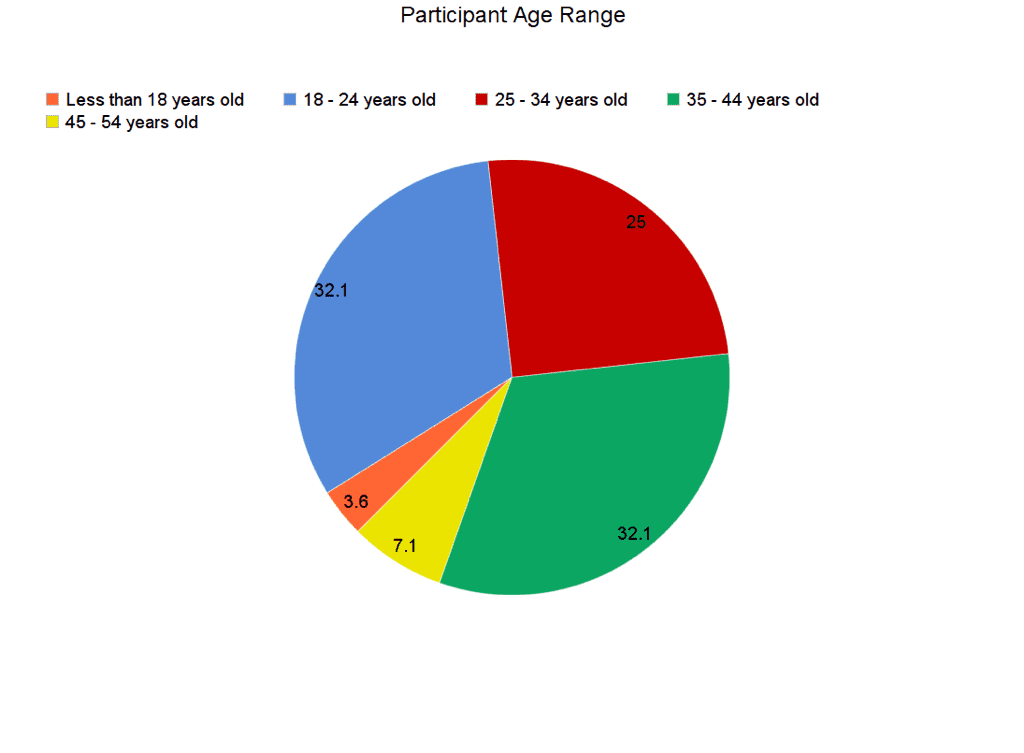 Percentages in this graph may not total 100 due to rounding 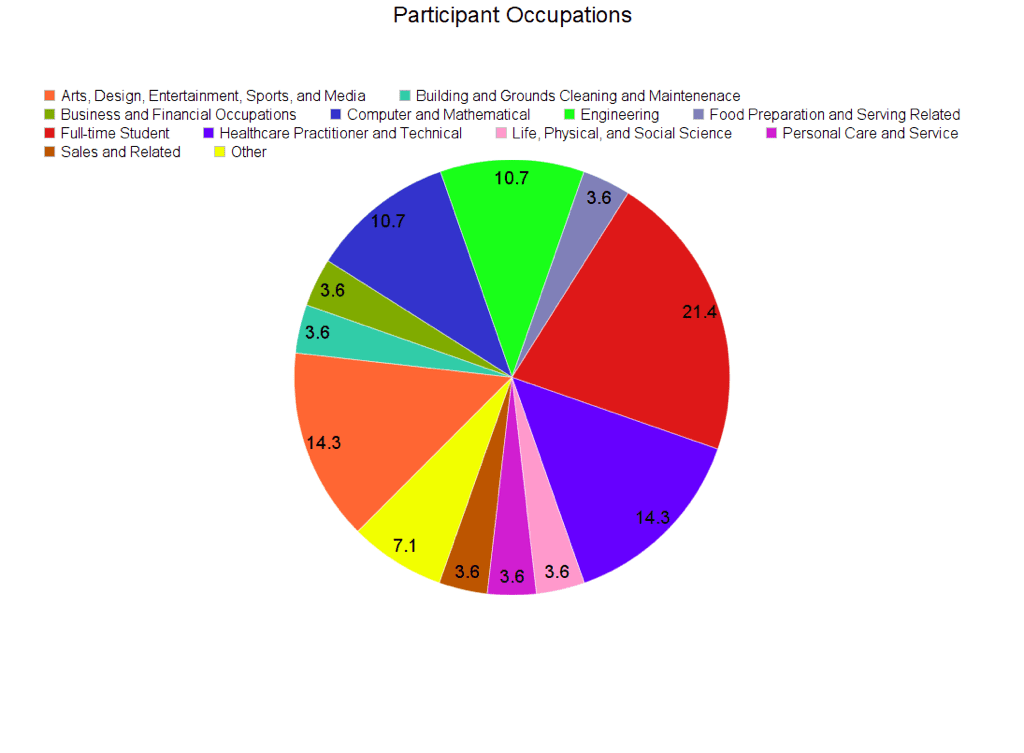 Percentages in this graph may not total 100 due to rounding
Take this poll for yourself:
poll.app.do/guns-and-video-games