GUNS in SOCIETY
​Guns in Comparative Perspective
Guns in International Contexts
​
Guns can be found everywhere but it is the laws of different countries that affect how people are allowed to use them.

The countries with stricter gun laws tend to have fewer occurrences with gun homicides than those that have less strict laws. 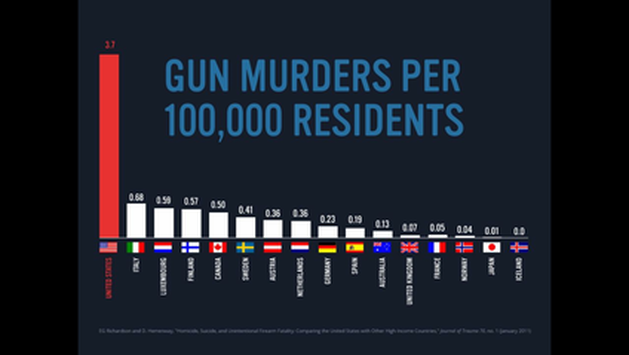 http://www.snopes.com/gun-murders-per-100000-residents/ 2015. Everytown For Gun Safety tweeted this graph that shows that gun rate murders of the United states vs fifteen other countries. The United States had a rate of 3.7 murders per 100,000 residents 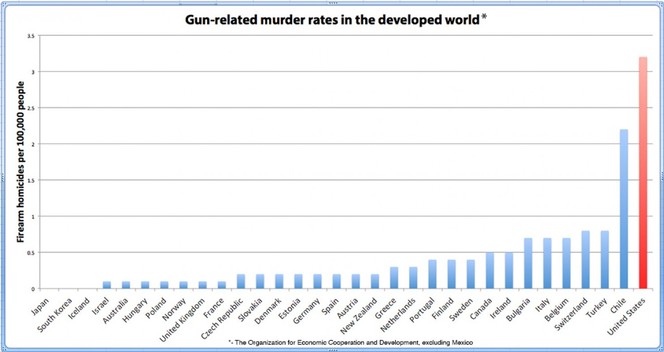 United Kingdom
Any person possessing a firearm must possess a Shotgun Certificate or a Firearm certificate. Firearm- Must be over 14 and have a "good reason" for a gun. Two references needed and you must renew applications every five years. Shotgun- No minimum age and one counter signatory. The only guns you are allowed to have are shotguns, black powder weapons, manually loaded cartidge pistols, and manually loaded center fire rifles.

Canada
It takes 60 days to obtain a firearm with registration, background checks and taking a course. Must be 18 years of age.

Australia
​Gun laws after the 1996 mass shootings banned all automatic and semi automatic weapons and had strict licensing rules. The National Agreement on Firearms was implemented as well as a temporary buyback program that colected about 650,000 assault weapons. Today, you must have a justifiable need for a gun.

Japan
It is well known for their strict gun laws. Japan citizens are not allowed to touch a firearm.Touching a firearm results in several years in jail. The only guns permitted are air guns, shotguns, those for research purposes or competitions. Anyting else is prohibited.
​
Honduras
One of the highest homicide rates in the entire world. It has about 90.4 homicides per 100,000 people per year. Honduras is a large Central American country that consists of lower middle class people that deal with poverty and inequality. A ban on open and carry in 2007 was put in place. About 70 percent of the 850,000 weapons in circulation were foung to be illegal. A law put in place in 1982 does not mention the right to bear and keep arms and the role firearms should play as a constitutional right.

South Africa
​Gun laws are very strict. In order to gain possession of a gun one must pass a background check, and inspection of one's premisses. It takes at least 90 days to obtain a firearm.
​ 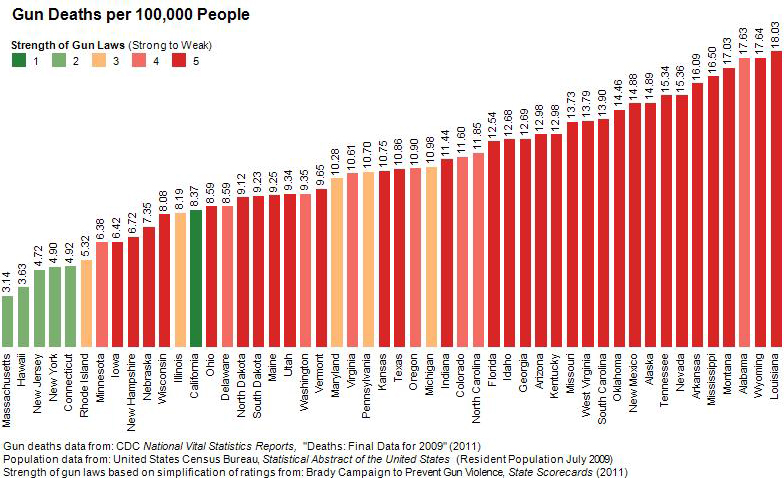 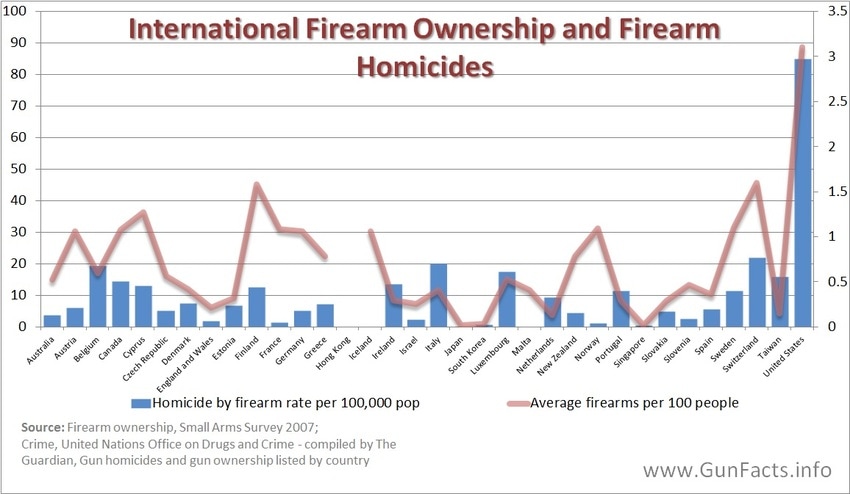 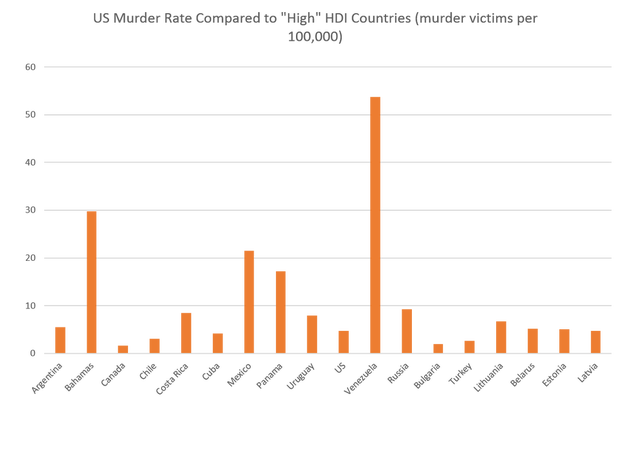