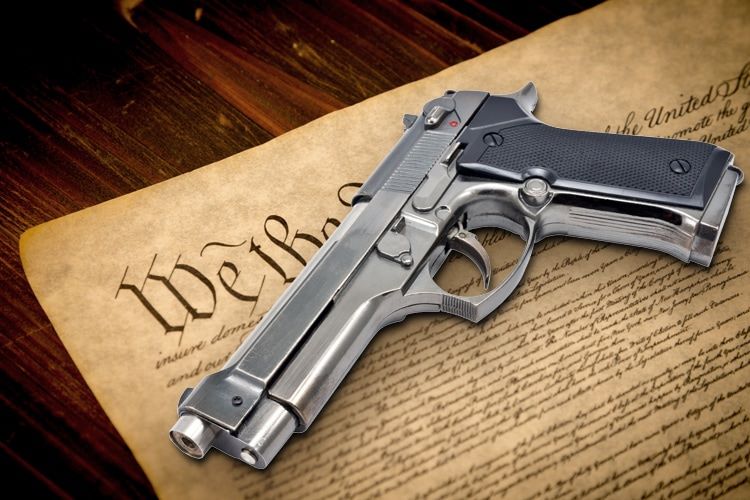 GUNS: Legislation and Politics
The Second Amendment
“A well-regulated militia, being necessary to the security of a free state, the right of the people and bear arms, shall not be infringed”

The Bill of Rights

The Bill of Rights represents their attempt to enshrine specific freedoms by binding them (constitutionally) into the fabric of the country, immune from incursion by subsequent Congresses and presidents.

How do we define the words of the second admentment?

According to Michael Walkman, "It protected the individual right to a gun, to fulfill the duty to serve in a militia. To the framers, even our question would make little sense. To us, today, their answer makes little sense."

In the District of Columbia V. Heller (2009). The Supreme Court resolved the debate of the second admendment by accepting the individual right theory.

Justice Antonin Scalia in Heller decision, "The second amendment protects an individual right to process a firearm unconnected with serve in a militia, and to use that for traditionally lawful purposes, such as self defense within the home."

Research for the future: What does the second amendment mean to urban communities?

​Stand your ground law:
Allows individuals to use lethal force to defend themselves, used as a excuse to shoot and kill an unarmed black teenage boy in 2012.

The NRA began (in the late nineteenth century) as a federal agency to promote controlled education in marksmanship and weapon care/maintenance, when it became clear that American civilians were losing the knowledge of how to handle, maintain, and utilize firearms.  The NRA was established during a time when the US was transitioning from national defense through militias based in (and controlled by) each state, and a national professional defense force (army, navy, air force).

This historical background is important for understanding the place of the NRA in the history of American politics more generally.  It will be interesting to see how the NRA shifted from being a government-supported initiative to a private lobby group.

Research for the future: tracing the dollars in NRA lobbying

2005:  Protection of Lawful Commerce in Arms Act
Grants weapons manufacturers immunity from prosecution for crimes committed using arms they produced.
​
2008:  District of Columbia v. Heller
Americans have an individual right, under the Second Amendment, to bear arms for "traditionally lawful purposes, such as self-defense within the home"